Encryption: How Safe Does it Need to Be?

Cryptography has a long history that extends back to the ciphers of Ancient Greece, through the height of codebreaking led by Alan Turing at Bletchley Park in the Second World War. Though, until recent decades, it hasn’t been used for an everyday activity beyond the military context. Nowadays, whether we realize it or not, encryption has become a routine in most of our activity. To name a few, from sending messages to logging into various devices. Still, in most of the cases, there are different levels of the potential damage a security breach can have.

For example, the recent case of Equifax. A data analytics company, who failed to respond to the warnings of an encryption weakness. As a result, it suffered a data breach that exposed the personal data of over 150 million individuals. Subsequently, the company was also fined $500,000 by the U.S. government. Also, according to a report from the Identity Theft Resource Centre in 2018, more than 30% of data breaches were due to unauthorized access or cracked passwords. Due to this, we can say that weakness in encryption is a critical vulnerability for all size of businesses, which shouldn’t be taken lightly.

If you’re not sure that your encryption strategies are strong and effective, then it’s advisable to help from an IT support company, who can give proper advice on cybersecurity as well as other related issues.

Encryption: What Is It & What Are the Types?

In basic terms, Encryption means the conversion of a plaintext, or an ordinary understandable language, into a ciphertext, which is readable only by an intended party, by decrypting it using the correct key.

Symmetrical and Asymmetrical or Public Key Systems are two different types of encryption, which are used widely. Here, the former requires a private channel between the points of encryption and decryption and the same key is used by both parties. In the latter system, the encryption key is public, but the method of deciphering is only known to the authorized decrypting party.

Likewise, both the type of encryption types is still used widely, but the asymmetrical is more popular, as the private channel or Symmetrical encryption is difficult to maintain on a practical level especially for online communication though it is effective for storing documents.

Lastly, these encryptions provide strength due to the algorithms, which are used among them. Some of the commonly used algorithms are:

Also, they are accompanied by a numerical value. For example, AES-128, where the number represents the key size of encryption and even the strength of an algorithm.

DES is a block cipher means a cryptographic key and algorithm of a 64-bit size (every 8th bit of the key is discarded, producing a 56-bit key) which is simultaneously applied to a block of data. It was developed by IBM in the early 1970s and soon it was adopted by the U.S. Government, as an encryption standard in 1977. Later it even becomes obsolete in terms of security, because of a 56-bit key. Also, in 1998 the EFF (Electronic Frontier Foundation) DES cracker (nicknamed as “Deep Crack”) was built, which proved how easily the DES could be broken.

Triple DES (3DES) is a more modernized version of the system of the DES. It uses the 168 bits of keys, which is more secure compared to DES. Moreover, this 3DES system applies the DES cipher three times more to every data block. In other words, it uses a “key bundle,” which are of three DES keys of 56-bits each. Also, this process performs slower compared to DES, but it’s more secure if used properly.

RSA (Rivest–Shamir–Adleman) is another algorithm that dates to 1977. It is an asymmetrical algorithm which uses a public key of 1,024, 2,048 or longer. Moreover, it’s more secure compared to the other two mentioned above. Though, its decryption is slower due to the size of the keys.

It was developed by the National Institution of Standards and Technology (NIST) in response to the failings of the DES. Now, it’s used by the U.S. government as well as other organizations worldwide and is recognized as one of the security systems. It’s a Symmetrical Algorithm where the private key uses 128, 192 or 256-bits and 10 to 14 rounds for turning plaintext to ciphertext.

Lastly, we can say that many of the various encryption systems, such as RSA, are based on the idea that mathematical problems related to number theory are very advanced and it’s not possible to crack it within a limited time. But these are the problems which have been studied for many years. Though, it’s the fact that the encryption system is still working correctly and its validity in today’s date is proof. However, with the advancements in mathematics as well as computations, it would be better if keys get longer.

What you can do to keep things safe

We live in an age in which sensitive data is the main asset for many businesses. So, safeguarding it should be a priority. Though due to the advancement in the technology, Cloud and IoT have brought a tremendous amount of convenience and increased production for enterprises, they have also created more vulnerabilities which are potentially damaging. Here are some steps that can be followed to maximize security:

The keys that run the encryption programs must be kept separately with limited access. This storage place should also be separated from the corresponding data.

It allows individual hard drives to be encrypted and files to be saved into the disk automatically. For example, FileVault2 can be used by Mac users, while BitLocker can be used for the same on Windows.

Range of software are available, such as NCrypted Cloud or Cryptomator, that helps in encrypting your cloud data as you upload it while making it indecipherable to hackers.

While storing your master keys which are required in the case of a disaster, an extra layer of protection should be in place to maximize security.

These web connections use SSL/TLS (Secure Sockets Layer/ Transport Layer Security) protocols for securing internet connections. These certificates are a layer of encryption for making the private and secure connection while sending and receiving data between the browser and the server.

Encryption should always be used for protecting data and communications, as cyber-attacks can be disastrous and potentially fatal for a business. Also, other steps must be taken to optimize security. For example, to get help from professional IT support companies to devise strategies. For those with any sensitive data, security cannot be taken lightly. Even with many layers of protection, there will always be an additional risk as hackers evolve with the technology. In all cases, it is better to be safe than sorry. 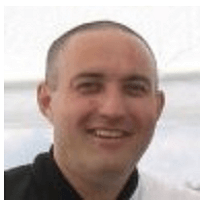 Roy Castleman is founder and managing director of Prosyn Ltd. (PROfessional SYNergy), a London-based IT support organization focusing on small and medium-sized businesses. An experienced consultant in disaster recovery, he has accreditation with companies such as Microsoft, HP, and Cisco.
See Author’s Website