How to Protect Your Private Data on Smart Devices

Smart devices are always safe to use? Not necessarily.
While you may expect these IoT devices to have the top protection of your private data, but manufacturers get reports of more and more security flaws.

In June 2019, Amazon was informed that Ring, Amazon’s video doorbell security system had a fatal flaw in it. Reportedly, when the new owners of this system enter the configuration mode on the Ring’s smartphone app, the device creates an access point without a password. It could allow the attackers to access the Wi-Fi of the Ring owners, reconfigure the device, and launch the attack on the home security network.

What many people don’t know, however, is that apart from these security flaws, they are also often to blame for the security breaches. With their actions, they practically invite hackers to steal their private data.

So, what can you do to secure your privacy when using smart devices?

1. Check How Secure Your Wi-Fi Is

Since we started talking about the security of your Wi-Fi, and since all smart devices depend on Internet connection, let’s see below what you can do to secure it.

The majority of routers use the WEP (Wired Equivalent Privacy) standard of protection, which has a lot of flaws. Namely, it uses a short encryption key (Initialization Vector), and using short encryption keys undermines the network’s security strength. So, it’s recommended to switch to using the router that uses a variant of WPA (Wi-Fi Protected Access), which uses the temporary key integrity protocol (TKIP). This protocol uses an integrity-checking option that increases the security of the network.

SSID is a service set identifier. It is usually set by default to broadcast the name of your network. It’s recommended to change it by going to your router’s settings. You can also reset your SSID to hidden, which means that others would have to know the name of the network before connecting to it.

People often name Wi-Fi networks, using private data, such as names, surnames, and even the address or the number of the apartment, which is a bad thing. By practicing such things, you’re welcoming the attackers to hack your smart devices. We always think that if the password is too weak, then it’s the major threat to your security. However, the name of the network can also give an excellent cue to the hackers as to which house they should attack.

2. Watch Out for Insecure Websites

Are you safe using your smart devices now? Sadly, not.

Your privacy can be breached the minute you decide to buy a pretty dress or a new pair of shoes from an insecure website.

You’ve probably seen the notifications from Google Chrome that say you’re visiting a Not Secure website. These websites use the HTTP protocol, which is incapable of providing a secure connection.

HTTPS protocol together with SSL certificate, ensures the privacy of your personal data and keep your smart devices from unwanted attention as well.

Another mistake that could potentially harm your private data and make you unknowingly give hackers access to your smart devices is not managing privacy settings properly.

There were many instances with Amazon Alexa, where people found out that Amazon could listen to and even collect the recordings of their conversations with the smart assistant, supposedly for ‘the purpose of improvement.’

Not many of Alexa users knew at that time (and some still have no idea) that they could restrict Amazon’s access to their Alexas.

By going to Manage Your Alexa Privacy Settings, you can:

You can do the same to other smart devices at home by reviewing and switching on and off some privacy features. The key message here, however, is that it is your obligation to know how to manage privacy settings and be well-aware of the privacy policy if you want your private data to be protected.

Smart devices bring a lot of convenience into your home. Together, they turn your house into a smart home and serve to make your day more comfortable for you.

However, they don’t ensure security for your private data. And while it’s the task of a manufacturer to fix the bugs (like in the case of Amazon Ring), you can follow these above-mentioned steps to increase security. 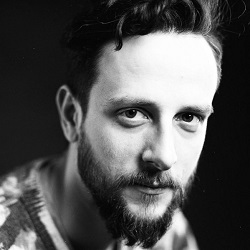 Ryan is a passionate writer who likes sharing his thoughts and experience with the readers. Currently, he works as a digital marketing specialist at Flatfy. He likes everything related to traveling and new countries.
See Author’s Website