How to Protect Your Server Against DDoS Attacks?

DDoS attacks are a widespread threat in today’s digital climate. If you host a website on a dedicated server, you need to be aware of the severity of an attack and take measures to protect yourself. Otherwise, you could find yourself struggling with downtime.

Take some time to think about what would happen if your web server crashed – even for just a few hours. Most likely, you’d lose out on a significant amount of revenue. It is especially true if you rely on your website to sell products. At the very least, your website visitors would be frustrated at the inability to access your site. It could tarnish your company’s reputation and potentially lead to lost customers.

By understanding what this attack is you can take the proactive measures to protect your server, while reducing your risk of falling victim to one.

What Are DDoS Attacks?

DDoS stands for distributed denial of service. When this type of attack occurs, network resources are disrupted due to high levels of fake web traffic that flood the targeted site. Usually, this traffic is generated from several computers that have already been infected with malicious files. When enough computers are infiltrated with this software, a so-called “botnet” is created, and it becomes possible to carry out an attack.

The ultimate goal of this attack is to flood enough traffic to the targeted site so that its network resources are depleted and the server crashes completely. Even if the server doesn’t crash, the site may be slowed down significantly, and users may have trouble accessing it.

There are many types of DDoS attacks, but the end-goal is similar for all of them. In some cases, an attacker may even hold a site “hostage,” demanding payment from the owners to restore access to the server.

Is Your Site at Risk?

Your website and server will always be at risk of an attack to some extent, especially when you consider that the scope and size of these occurrences are continually growing. With this in mind, there’s no way to guarantee that your server will never fall victim to any attack.

What Are the Ways to Protect Your Server?

The good news is that there are plenty of steps you can take to significantly reduce your chances of falling victim to it. By taking the time to implement these preventative measures, you can enjoy greater peace of mind.

One of the best things you can do to identify if your server or site is under attack is to be aware of the most common warning signs. It will allow you to act as quickly as possible and potentially reduce the impact of the attack on your server.

One of the most common signs that could indicate this attack is a sudden slow-down in connection speeds to your site. You may begin to receive reports from users that your site is no longer accessible. Your regular users might also complain that pages are loading very slowly. Additionally, if you lose access to your website and there is no planned server outage, you’ve likely fallen victim to it.

If you experience any of these red flags, you need to contact your hosting company immediately so that restorative steps can be taken.

DDoS attacks work by flooding your site with high amounts of traffic. Therefore, you may be able to identify a potential threat by monitoring your daily visitors and being aware of any sudden increases. As you begin tracking your website traffic, you’ll get a better idea of what it looks like on a daily basis. It will make it easy for you to notice if something goes awry and you begin seeing an influx of traffic for no discernible reason.

Another option for protecting your server against this attack is to begin using a content distribution network (CDN). It’s a group of servers that are spread out over a geographical distance to improve content delivery and overall speeds. A CDN can improve page-loading times, cut down on bandwidth costs, increase content availability, and enhance web security by better handling large amounts of traffic.

The more secure your server is in the first place, the lesser the chance that it will be affected by any attack types of cyber threats. It’s essential to make sure that you and other authorized users on your server admin panel follow some common-sense security measures on a daily basis. It should include using strong passwords and changing them regularly. Authorized users should also be trained to avoid logging into their server account on an unfamiliar or unsecured network, such as a public Wi-Fi connection.

Taking time to check for and install security updates regularly can also help to improve performance and protect your server from known vulnerabilities.

Develop a Plan to Respond to an Attack

Last but not least, your business must have a response plan in place if your server is ever affected by a DDoS attack. If you haven’t developed a strategy yet, now is the time to do so. Begin by creating a systems checklist, which should include a list of all the proactive steps you’ll take to reduce your risk. Next, delegate a response team with critical responsibilities, so everybody knows what they need to do following the discovery of an attack. Having a list of primary contacts, including your hosting company and security vendors, is also a must that ensures swift communication.

These are some of the best measures you can take to protect your server from an attack. Hopefully, you’ll never have to react to one on your server – but if you do, having a response plan in place is vital. 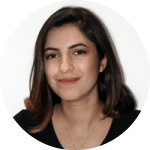